we have been using for many years is a part of our logo, the ever-changing Melbourne city skyline.

The aim of an icon is to be easily recogniseable, small in size that clearly gives the reader a graphical representation of the web site.

Ours is the city of Melbourne, so that’s the starting point, what are icons of Melbourne?

The issue with using a skyline as an icon is whether it depicts the city.  The image is fine in logo size as seen in our old logo (right) but a quick glance at a city skyline in icon view may mistake it for a bug on the screen.

I also found lots of skylines that were not Melbourne but a bunch of buildings depicting a city.  We have a number of quite recogniseable buildings.. front of Flinders Street Station, St Pauls Cathedral, Eureka Tower, Arts Centre Spire, Luna Park and Etihad Stadium.  Yes, there are other buildings, but graphically, are they recogniseable in block format?

It also raised another erk while I was searching.  I have no issue with a company selling images and clip-art.  What I do have an issue with is when they plaster “Royalty Free” suggesting the files are free to use when they are not.

The site is very well laid out, optimised pages, good graphics, but misleading.  It may be ‘Royalty Free’ but it will set you back anywhere between $3.00 and $12.00 depending on the size you’re after.  Anyway, nice site but I digress.

I’ve got two things going through my mind right now.  1.  I like our current icon when it appears in PC view because it’s clear what it represents.  I’m thinking I need an icon for the mobile web site.  Because of it’s size, it needs to be something that jumps out at the reader. 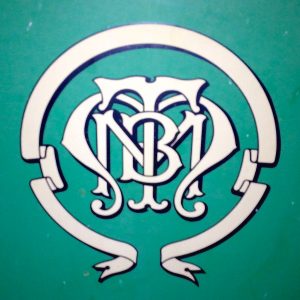 I really like the old Melbourne Tramways logo.  It would be lost on young readers, most readers for that matter so I won’t be using it.

Interestingly, Wikipedia says this example comes all the way from San Francisco.

The logo or emblem (right) of the Melbourne & Metropolitan Tramways Board, as taken from the side of a W-class tram currently located near San Francisco.

Good isn’t it, but quirky.

After much deliberation, I settled on a tram for a number of reasons.

It’s the most iconic of Melbourne’s landmarks.

I consider Luna Park is St Kilda not Melbourne.

Flinders Street Station frontage is good but too obscure when reduced in size.

St Paul’s church, hmmm could be any church, anywhere.

The same applies to many landmarks, they lose value the moment they are reduced in size.

I finally settled and my  icon for MOBILE devices is:

Exploring my own city: Westgate Park by The Resident Judge of Port Phillip I hate driving over the Westgate Bridge. It's a real white-knuckle … END_OF_DOCUMENT_TOKEN_TO_BE_REPLACED

Built in 1900 to serve the local communities that lived in the hills, carrying anything from passengers to timber, livestock, potatoes and plants, the Railway is now a major tourist attraction that … END_OF_DOCUMENT_TOKEN_TO_BE_REPLACED