The “G”is a stones throw and easy walk from the city centre, closely serviced by Richmond and Jolimont train stations.

Internationally, the M.C.G. is remembered as the centrepiece stadium of the 1956 Summer Olympics. The open-air stadium is also one of the world’s most famous cricket venues with a “Test match”held there every year starting on Boxing Day.

Throughout winter, it is the home of Australian Rules Football with at least one game held there every week. On the last Saturday in September the A.F.L. Grand Final fills the stadium to capacity with the 2 teams battling to be the AFL Premiers. Until the 1970s, more than 120,000 people crammed into the venue when stadium renovations reduced standing room and increased seating to a maximum of roughly 99K. 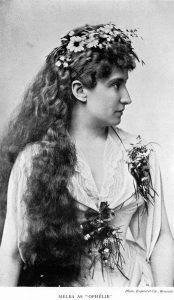 OnlyMelbourne is a free online gallery of pictures, photographs and drawings related to the city of Melbourne, Victoria, Australia.